Here the official synopsis and a first clip shared by Jim Wynorski on his official FB page, including the official cover from the Dvd, that you can pre-order here.

A team of curvy celebrities head out on a quest to search for the Bigfoot, unaware another group of time travelling buxom women from the future are also looking for the elusive creature. Competitive hijinks ensues between the two teams, clashing with local hillbillies who are also hunting for the legendary beast. The rivals engage in silly, slapstick capers in order to catch Bigfoot, leading up to a hilarious finale busting with laughs! 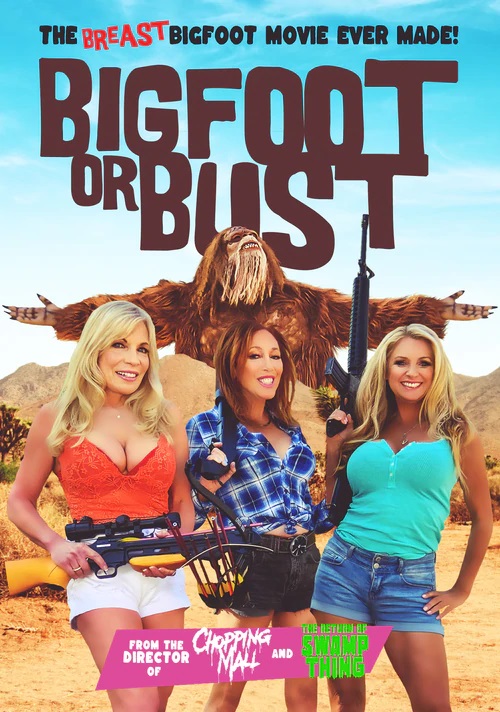