In the last two days, many of you contacted BmovieFilms to ask if the news about Lisa Comshaw death was true. Unfortunately, yes. On twitter, many collegues of Lisa in the industry of wrestling/bondages videos confirmed her passing, same thing by director Jim Wynorski, who worked with her in many softcore movies. 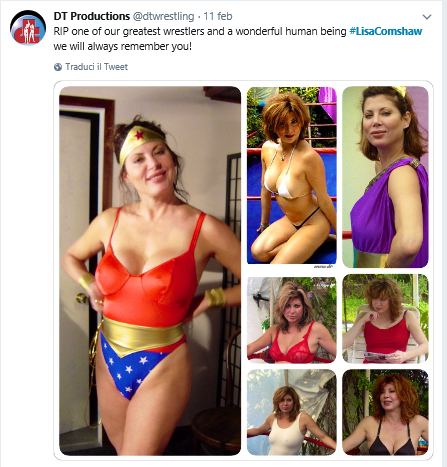 We have also received a confirm from a former softcore actress, friend of Lisa, who asked to stay anonymous. According to the same source, the death cause is a stroke.