Hi, Andy! What news in your life that you want to share with our readers and users?

Hey! Started getting back into my fitness routine. I recently completed my 1st book, it’s based on my life as a male exotic dancer. It even includes a few softcore stories from my past that are really funny. TALES FROM THE STRIP. If you’re a fan of my softcore films and erotic/sex stuff then you should check out the book. It’s available on Amazon Kindle and trade paperback, with the audio version being released in a few weeks, narrated by me. Here’s the link to my book on amazon.

A few months ago, Cinemax announced the cancellation of movies and softcore tv shows. What was your reaction to this news?
Sucks to hear, those films were a lot of fun to shoot. Loved the cast and crew.
In your opinion, is there a future for the softcore genre without Cinemax? And if yes, which one?
I don’t think so, at least not in the same way there was. I think erotic with softcore elements could be huge, but the films need to be well written and well acted in order to succeed in this current market. Times have changed. 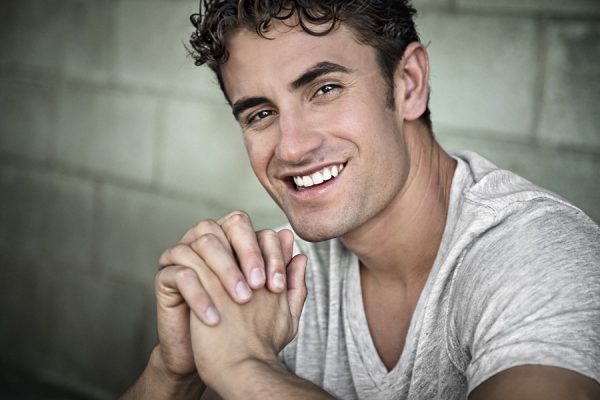 Some months ago, on our forum, you expressed your intention to make a softcore movie. Is that project still alive? Can you tell us what your plans are? Have you talked to some fellow actor/actress of this project?
I put the project on hold for some personal reasons I detail in my book. Now that I am past it we will see what 2019 has in store. One thing is certain, I do love erotica and sex, so anything is possible!
If this project were to somehow become something concrete, which actors and actresses would you choose for the cast?
I wouldn’t focus on actors, I’d focus on story.
On our forum, a few months ago, we talked about how it would be interesting to see the creation of erotic shorts movies with the involvement of Erika Jordan, Christine Ngyen, Jazy Berlin and other softcore stars. That hypothesis has fallen into the void. What do you think? Could a project like this be possible?
I’m not sure, I saw Erika a few months back, we had a good time. She’s a smart girl, they all are. Would be nice to get together with Jazy, Erika and Christine, etc and plot something out
Are you currently participating in any film as an actor?
Not at the moment, but I am looking to get back into it now that I’m buff again.