This girl, born in Bellevue (Washington), has left an indelible imprint in many softcore movies, being appreciated for the skill as an  actress, and for her unmistakable beauty and sensuality.

Appeared for the first time in Surf, Sand and Sex in 1994, Kennedy Johnston had a very long career in the softcore genre,  ended in 2011. The particularity of this actress was not only an excellent acting ability, but also a presence on the screen able to conquer immediately,  thanks to a natural beauty without sign of plastic surgery. A beauty and sensuality immediately visible in the love scenes shot by the actress, capable of giving an incredible energy in the sex scenes, with a realism became her distinctive mark. 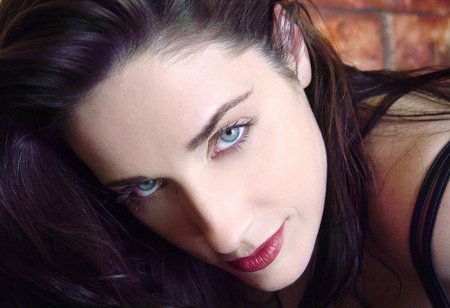 After leaving the softcore genre, Danielle Petty/Kennedy Johnston had a discontinuous career. A role of a few seconds in House M.D.,  a TV movie titled Party Like the Rich and Famous and, in 2013, a family comedy, Chihuahua Too !.

Since 2013, a silence of five long years, and the only signal was the start of a crowdfunding to resume his studies at the college. In 2018, Danielle Petty returned to acting in a B-Movie, Zombie TV. Apparently, according to his facebook page, she is no more a full time actress.